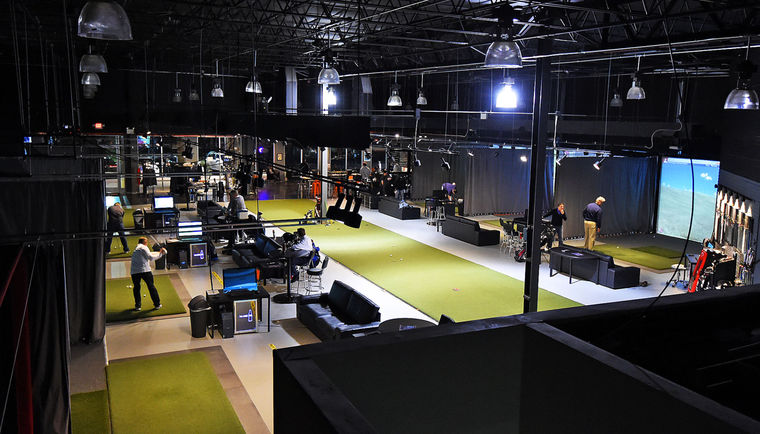 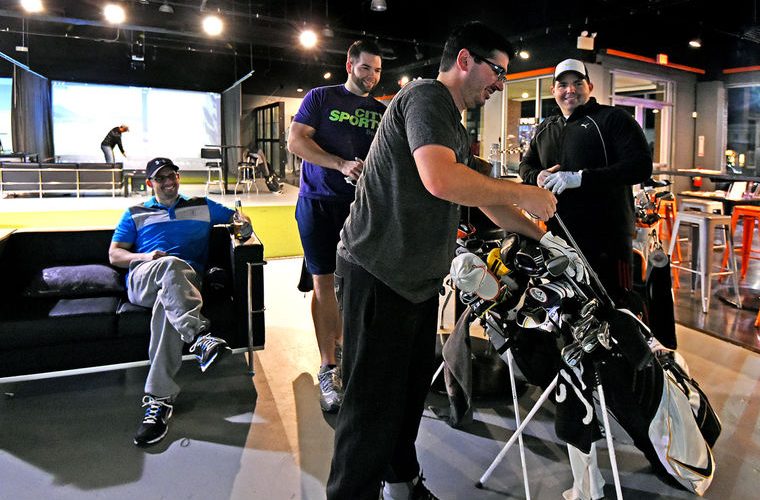 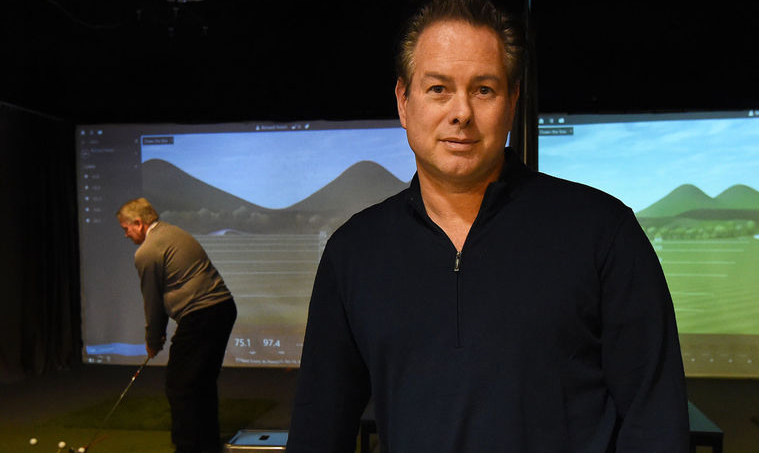 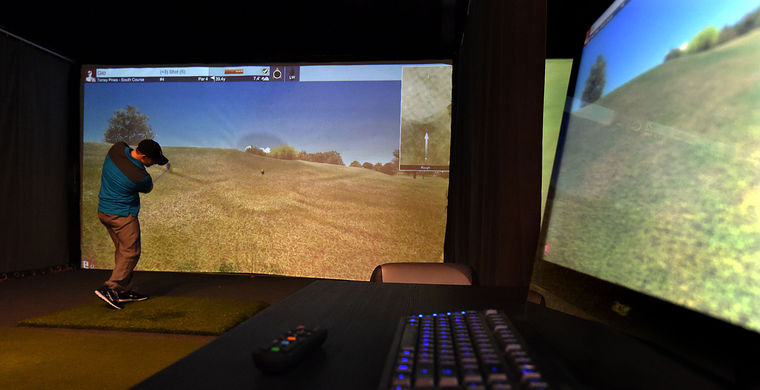 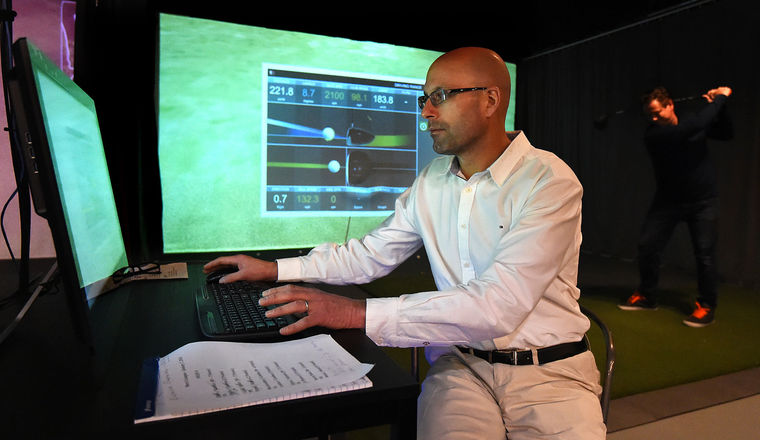 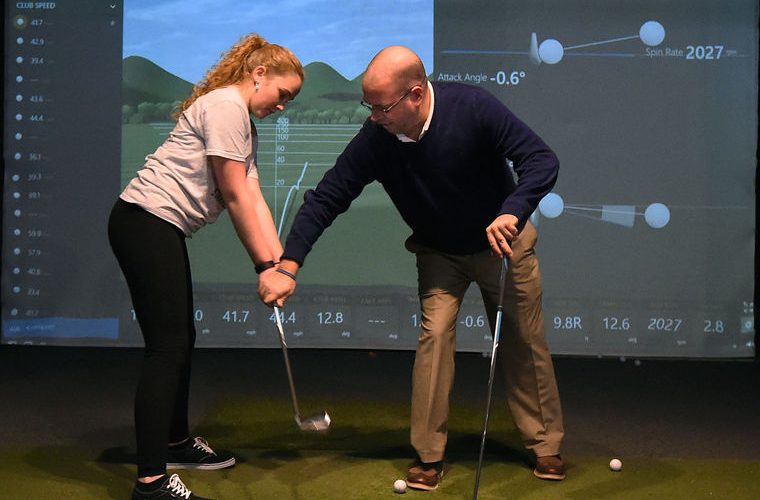 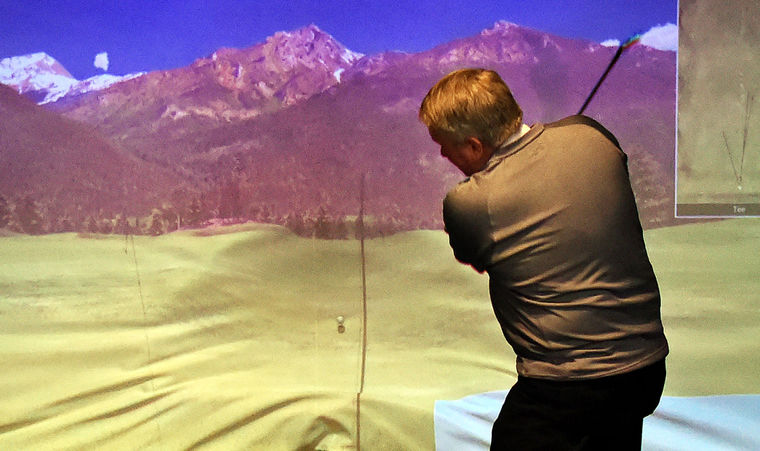 Richard Troost loves the game of golf, but unlike many serious players, he thinks it should be fun.

“It’s the hardest sport in the world, and you’re playing against yourself,’’ he said.

To lower the misery index, Troost had an idea. Why not open a facility that would marry serious golf and a good time, attracting a mix of people who could work on improving their game and enjoy themselves at the same time? Soon, Golf and Social was born.

“It’s a frustrating game, and we try to make it more fun,’’ he said.

Housed in a 12,000-square-foot space in The Galleria on Route 73 in Evesham, Golf and Social offers golfers of all ages and abilities a place to learn the sport or fine-tune its most challenging aspects.

A staff of PGA pros is on hand to give lessons, or, if players prefer, they can bring their own instructors to the facility, which opened early last year.

The state-of-the-art computerized TrackMan equipment provides a data-rich assessment of a golfer’s ability as he hits the ball, projecting on a large screen the ball’s trajectory and 28 numbers, including club speed and path and the club face angle.

Once read and understood, the precision of the numbers tells the golfer what to do to improve his or her swing.

“It’s better than going to a driving range,’’ Troost said, noting that you can learn what you’re doing wrong and how to correct it.

“I like to say that we serve everyone from the beginner on up, from Homer Simpson to Tiger Woods,’’ said Troost, a Medford resident whose house is in the shadow of the Little Mill Country Club.

An entrepreneur at heart, Troost formerly owned an Internet company and lived in New York City’s SoHo neighborhood. Eventually, he tired of the life and began looking for something different.

’’I wanted something to do with people,’’ he said.

His vision for Golf and Social merges technology’s evolving place in the game and people’s enduring desire to enjoy themselves. A room in the rear is available for parties.

An enthusiastic golfer, Troost said he does not focus as much on his score as he does on each shot.

“I play every shot to the fullest,’’ he said. “I want to remember three or four of them for the rest of the day.’’

Golfers can choose from among 87 world-famous courses to play, each hole unfolding before them on a large screen. Pebble Beach, St. Andrews and Pinehurst are among the favorites.

It was only relatively recently that Troost began to get serious about his own golf. He credits his son, Jacob, 3, with inspiring him. A single dad, he shows off photos of Jacob with a golf club in hand.

Troost is planning to expand Golf and Social, perhaps to Princeton, North Jersey or New York.